A Face of Evil 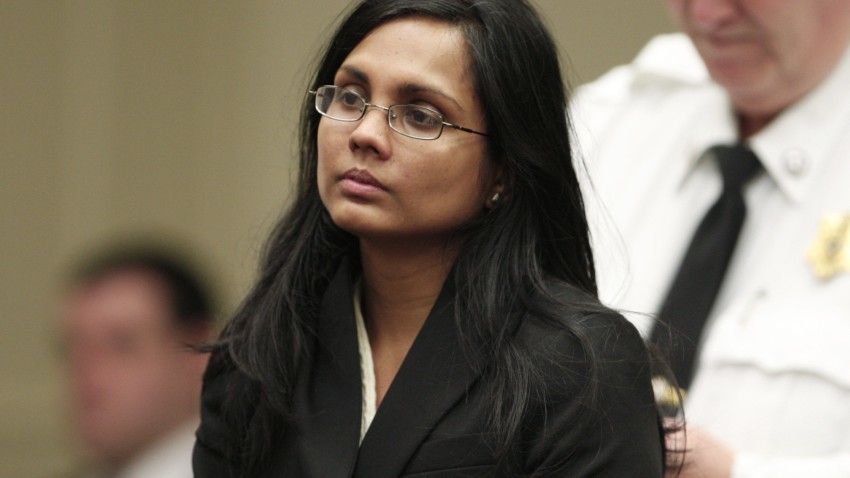 Massachusetts forensic chemist, Annie Dookhan, played God to advance her career.  As she sat in her lab and deliberately mishandled drug samples, she determined the fate of over twenty thousand lives.  Dookhan carelessly and selfishly claimed to be “the best chemist on staff,” leaving little regard for the destruction she left in her wake.  Not only did she send innocent men and women to jail by tainting evidence—a gross injustice for which the Boston DA’s offices refuse to take responsibility—but, she also cost taxpayers millions of dollars to mop up the shattered pieces of the criminal justice system that she broke.

Dookhan pleaded guilty to 27 counts of perjury, obstruction of justice, and tampering with evidence.  She marked tests positive without properly testing them, mixed samples to create positive tests, and forged signatures to cover up inconsistent results.  Dookhan was known as Superwoman by her colleagues, yet that nickname couldn’t be further from what she turned out to be.  In the comics, Superwoman saved lives, Dookhan, however, destroyed the lives of over twenty thousand people.

Shockingly, Dookhan was sentenced to only 3 years in prison, a sentence shorter than many sentences issued to the innocent people that were wrongfully convicted due to her complete neglect for human life and lack of respect for the criminal justice system.  Dookhan should have been punished with a sentence proportionate to the crimes she committed, yet she wasn’t.

Although more than 20,000 cases, around 95%, of the 24,000 tainted by Dookhan have been dismissed, the Boston DA’s offices continue to defend the original convictions.  As quoted in The New York Times, a spokesman for one of the Boston DAs, Daniel Conley, claimed that these convictions were not wrongful, but were rather “cases that could be appealed on procedural grounds.”

If the ACLU had not stepped in and filed a lawsuit, Bridgeman v. DA of Suffolk County, most of the “Dookhan defendants” wouldn’t have filed for post-conviction relief.  Before the suit, less than 1,200 of these defendants had filed for such relief.

In its defense of this suit, the DA proclaimed that because most of the Dookhan defendants’ convictions resulted from guilty pleas, they were surely guilty of something and, therefore, to dismiss such a high volume of cases would lead to “chaos.”  The DA demonstrated a cavalier indifference to due process and insulted our criminal justice system, which is predicated on innocent until proven guilty.  The “chaos” of this situation does not stem from the rightful dismissal of these 20,000 cases, but is due instead to the deleterious effect that Dookhan’s ego had on the lives of these 20,000 wrongfully convicted individuals.

The government, which has the power to strip people of their liberty, must be held to the highest standard of integrity.  Those who take advantage of their position should be punished to the degree of the damage they imposed.  Superwoman Dookhan, playing God, ruined 20,000 lives and should have been punished more severely and a contrite attitude by the DA would go a long way toward repairing the trust between the public and law enforcement.

Bill O’Reilly, Bill Cosby, and the Endangered Species Known as Men When the Villain Has a Badge