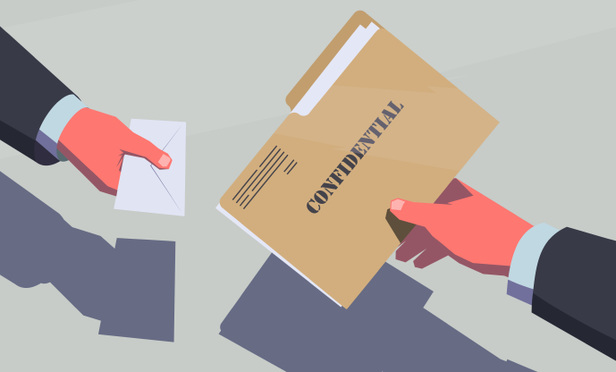 We are thrilled to announce that the Department of Justice’s National Security and Cyber Crime Section has agreed to discontinue their investigation of our client. This welcome news came just in time for the birth of his first grandchild!

After a year of our client enduring the constant threat of arrest and being unable to visit his children in India, we convinced the DOJ to drop their investigation altogether.

the FBI then executed a search warrant on his home

Our client, who we shall call “Dr. Patel” is a 70-year-old American, of Indian origin, with heart issues whose family had been begging him to retire for years. At the time of the investigation, Dr. Patel had dedicated over 40 years of his life to science. He is a PhD scientist who has authored over 50 research publications. Dr. Patel loved his work, but wanted to retire with his family and explore more personal projects related to energy, technology, and other humanitarian interests including converting solid waste into electricity. He had planned to return to India where his extended family lived, and where, as a poor child, he studied under street lights at night to gain admission to the the top universities.

With only a few months left before his retirement, Dr. Patel was abruptly fired by his employer who accused him of stealing their technology and trying to flee the country with it.  The company primarily did business in China, but had been unprofitable for the past few years.  Dr. Patel, who owned a significant number of the company’s shares, wanted to explore expanding the company’s operations to India.  The company’s CEO disagreed with Dr. Patel’s India expansion idea and then complained to the FBI that he was trying to steal their trade secrets.

The FBI subsequently showed up at 6 am on a Friday morning banging on Dr. Patel’s door.  Dr. Patel who was sipping his morning chai with his wife, opened the door and allowed the agents inside.  The FBI questioned our client and his wife while they were in pajamas.  They took all of his personal computers and mobile devices, and those belonging to his wife, who never worked at the company.  The FBI also seized their passports.

At this point, Dr. Patel was not only deprived of his personal belongings and restricted from traveling, but he also had to cope with the crippling stress of potential criminal charges for a crime he didn’t commit. Dr. Patel endured several panic attacks over the course of the year due to the anxiety of the investigation. Throughout his entire life, his integrity had never been questioned. Dr. Patel, like other innocent people accused, couldn’t understand why the government or anyone would believe he would commit such a crime.

THE CASE AGAINST OUR CLIENT
Queen for a Day Fiasco
The government did not believe Dr. Patel planned to retire in India. They thought instead that he wanted to set up his own operations in India using the “stolen” trade secret to profit from the technology he, himself, created in the United States. The government believed Dr. Patel saw the technology as his “baby,” and, because the company was failing, had decided to take it with him so that it wouldn’t go down with the company. The government presumed him guilty.

What complicated matters was that his prior attorney who was local to the area, had brought him in for what prosecutors call a “Queen for a Day” aka a “proffer.”  In a Queen for a Day proffer, a criminal defense lawyer brings his client to the government in the hopes that the client can explain away his actions.  If a client isn’t properly prepared, he could end up getting into more trouble, and potentially charged with lying to a federal agent.

You may ask why would an innocent person need preparation by his lawyer? In fact, you may believe that if he is truly innocent, then he’s got nothing to worry about. Not every innocent person can eloquently or properly explain his actions, and, in fact, such a person may be too emotionally impaired to do so. This was true for Dr. Patel, who had heart issues, and had never been subjected to anything like an FBI investigation.

Prior counsel’s ill advised decision to bring Dr. Patel in nearly cost him his freedom. The prior attorney didn’t properly prepare our client for the withering examination he faced from the prosecutor and FBI agents, appearing to them a guilty man.  Unfortunately, too many bad criminal defense attorneys, many of whom are former prosecutors, run to the government first in the hopes of getting a better plea deal without properly vetting the facts. This was true here with prior counsel.

What we tell clients is that the government is NOT your friend and you have to approach negotiations understanding that.

After the fiasco of the Queen for a Day with prior counsel, Dr. Patel fired him and hired us.

At this point, we had to clean up the mess left by Dr. Patel’s original attorney. We started by examining the statute.

“Theft of trade secrets” is a crime under the Economic Espionage Act of 1996. Congress enacted this provision to expand on earlier legislation criminalizing the theft of company property.  The term “‘trade secret’ means all forms and types of financial, business, scientific, technical, economic, or engineering information, including patterns, plans, compilations, program devices, formulas, designs, prototypes, methods, techniques, processes, procedures, programs, or codes, whether tangible or intangible.”

Shortly after Dr. Patel retained us, we met with the government in what is called a “reverse proffer” where the government presented their evidence to us outside Dr. Patel’s presence. They then conveyed a plea deal to us where if Dr. Patel pleaded guilty to theft of trade secrets imminently before they continued their investigation, he would receive the benefit of an “acceptance of responsibility” adjustment to his potential sentence. This sentencing benefit would have basically ensured that our client wouldn’t go to jail. Yet, of course, if our client pleaded guilty, even without going to jail, he would have the stigma of a felony conviction and a reputation forever tarnished due to the inevitable news media press release from the DOJ claiming victory.

After the reverse proffer, we weren’t convinced of the strength of the government’s case. So we took the time to parse through all the details of our client’s background, his employment history, and the conversations that he had with his prior employer.  Ultimately, we presented the whole, accurate picture to the government in a subsequent “attorney innocence proffer,” where we pitched the case for our client’s actual innocence without Dr. Patel being present at the meeting.

Under the guidelines set forth in the Manual for charging someone with theft of trade secrets, prosecutors are to consider the scope of criminal activity, whether a defendant aided a foreign government, and whether a defendant inflicted economic injury to the company.

We demonstrated to the government that our client’s conduct didn’t meet any of these factors and therefore a prosecution wasn’t warranted.

Shortly, after our presentation, the government agreed to drop the investigation and ultimately returned all of his property, including his passport.  It was a victorious day for our client, who could finally take a breath of fresh air knowing he would be at peace.

After a year of fear and confusion, the government returned his passport just in time to travel to India and celebrate the birth of his first grandchild

When you are under investigation for a crime, even if you haven’t been arrested yet, it can be just as frightening and confusing. The government can seize your belongings, restrict your travel, and continually monitor your email and bank accounts. Amidst all this, you live with the dread of being criminally charged, imprisoned, and publicly scorned through a DOJ press release and news coverage. For many crimes, the statute of limitations doesn’t expire for years, meaning law enforcement has plenty of time before they have to make an actual arrest. Fortunately for Dr. Patel, that arrest never came.

Dr. Patel regained his passport just in time to travel to India to welcome the birth of his granddaughter. We are thrilled that we were able to help our client resume his life.

When Cheating is Legal Why O.J. Simpson Should Still Be Killing Time in Prison