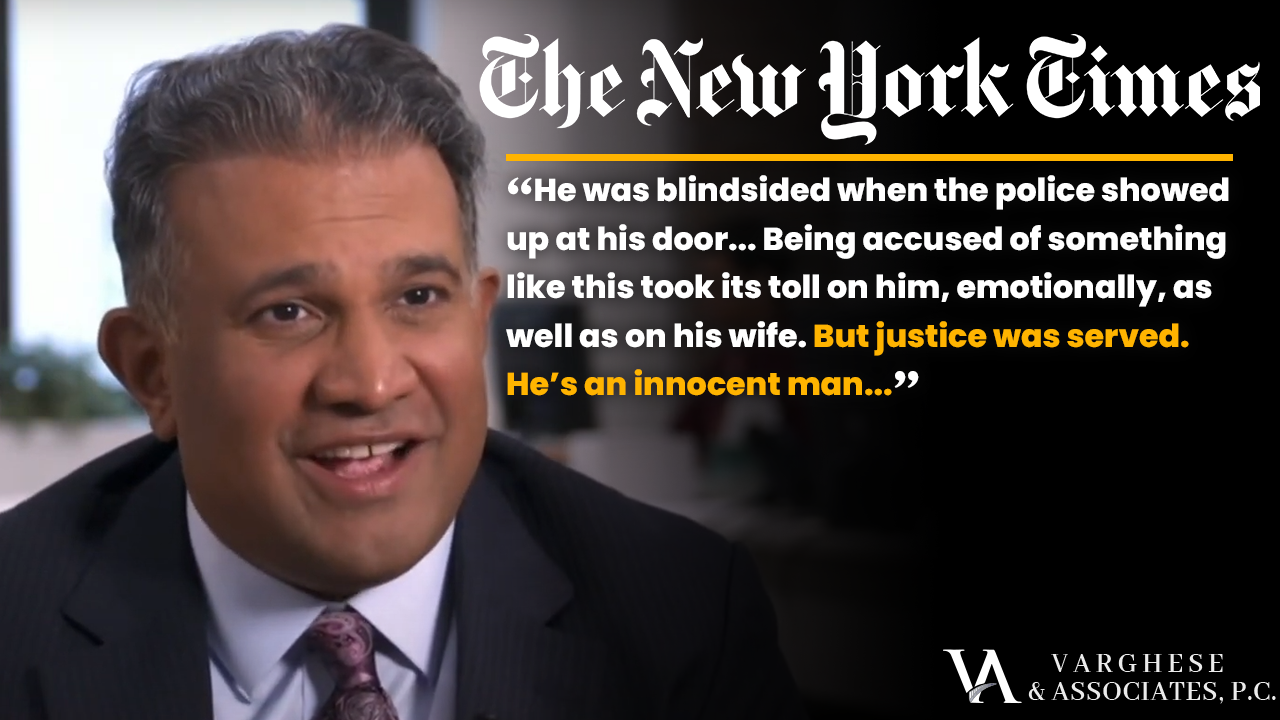 Prior to his arrest in October of 2019, our client was the coach of the DCH Racing Dragon Boat Club until he was arrested for allegedly abusing “five female team members, two of them minors” (The New York Times). Following his arrest, he was relieved of his coaching duties.

In June of 2021, after we filed a motion to dismiss, which New York State prosecutors fiercely opposed, the judge granted our motion.

He was blindsided when the police showed up at his door,” he said. “Being accused of something like this took its toll on him, emotionally, as well as on his wife. But justice was served. He’s an innocent man ...

When questioned by The New York Times if our client would return to competitive dragon boat coaching, Vinoo said it was unlikely.

He was treated terribly by some of the dragon boat people,” Varghese said. “It hurt him. I don’t think he wants anything to do with dragon boat racing going forward, or at least the current organization as it stands.

Despite the team’s feelings towards him, Vinoo expressed our client’s sentiments to The New York Times that this matter can now be put behind him.

Varghese…said [his client] was relieved [when we got his case dismissed].

You can read the full article from The New York Times here.